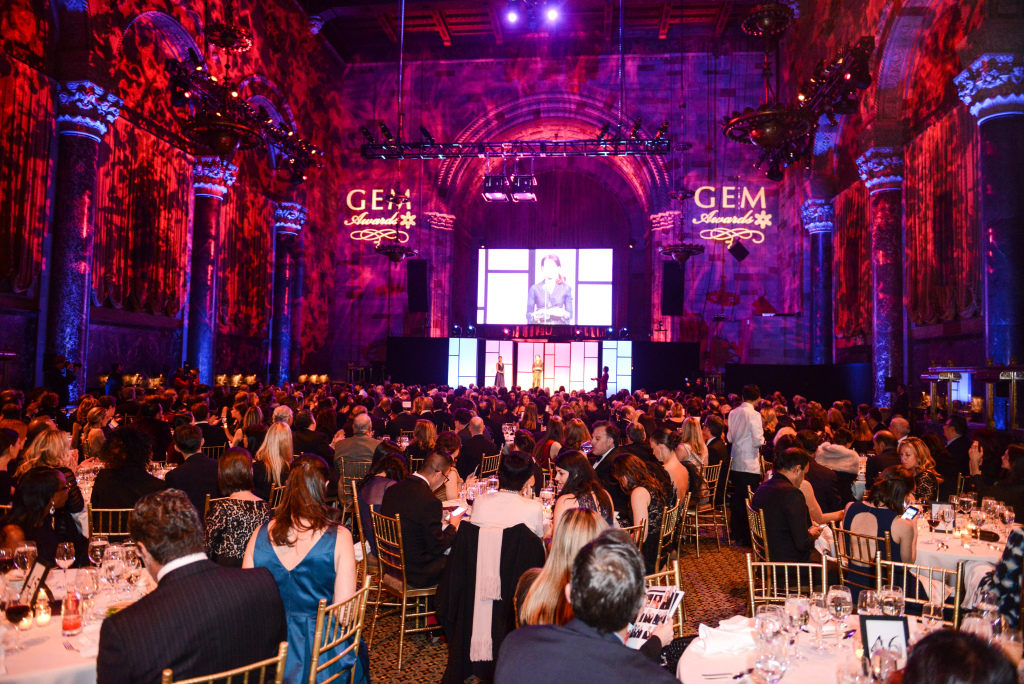 Walking the red carpet at the prestigious Gem Awards is the annual highlight of the international fine jewelry and timepiece industry. Those that attended have achieved success within this very elite field.

The 14th annual GEM Awards was held Friday, January the 8th, 2016, at Cipriani on 42nd street, New York. The elegant affair is the fine jewelry industry’s premier accolade gala, which recognizes the achievements of individuals and companies whose work raises the visibility and status of fine jewelry and watches. The winners in the categories of Jewelry Design, Media Excellence and Watch Design were revealed live.

Cartier received the GEM Award for Watch Design. Mercedes Abramo, President & CEO of Cartier North America, accepted the award for the Maison. The other nominees for Watch Design were Piaget and Roger Dubuis. The award was presented by Olivier Stip.

Temple St. Clair received the GEM Award for Jewelry Design and accepted with a gracious speech citing her team as an integral part of her success. The other nominees in the Jewelry Design category were Caroline Scheufele of Chopard and Sevan Bicakci. The award was presented by Stephen Webster.

The evening concluded with a moving tribute to Joe Thompson as he received the GEM Award for Lifetime Achievement. Thompson, accepted the award with a touching speech that included, “People in my line of work normally do not get, and do not expect to get, a wonderful honor like this. This is for the people we cover, not for the scribblers who cover them.” In his tribute video, Thompson added, “There are more people interested in watches today than there ever has been in my entire career. So yes, I hope to still write about this subject until I can’t write anymore.” The award was presented by Efraim Grinberg, Chairman and Chief Executive Officer of Movado Group, Inc.

The exciting and fun filled evening was an event to remember as the who’s who of the jewel industry received their much deserved recognition being honored among their peers.