When you weigh anchor in the Saint Tropez harbor at night, where the line between the sea and the sky blur somewhere between indigo and an inky blackness and then turn toward the golden, sparkling lights along the quay that shine like stars, you will immediately understand why this seaside village has stolen the hearts of European and American movie stars alike. 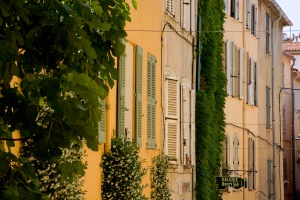 The contrast is beguiling and it can be found throughout the land. A historic maritime port and a modern hedonistic playground, everyone will discover unforgettable moments.

You’re invited to the elegant and refined sport of watching, or perhaps you’re participating in, The International Polo Cup which is a ten-day knockout tournament attracting enthusiasts from around the world; and then visit the Les Voiles de St. Tropez regatta tournament which makes every true yachtsman’s heart race with excitement at the show of maritime prowess.

However, you’re also invited to indulge in the decadent and wild parties at Nikki beach if topless dancing and champagne fights are more your style. After all, what would you expect from the place where the 1960’s French sex bomb, Brigitte Bardot, starred in Vadim’s ‘And God Created Woman’. From elite tournaments, world class cuisine, breathtaking views throughout the village, and decadence, this is the place to see and be seen. Stepping ashore in St. Tropez is designed to thrill.